He received the EEOC Award for Distinguished Service (2007) and the Robert H. Jackson Special Achievement Award (2017) for his service as a Mediator. He has been AV Preeminent rated for more than 15 years (which means his work and ethics are of the highest quality as determined by a peer review of judges and lawyers) and won the Client Distinction Award (2015) from Martindale-Hubbell. He is particularly proud of the last award because it recognizes his outstanding communication ability, responsiveness, quality of service and “value for the money.” 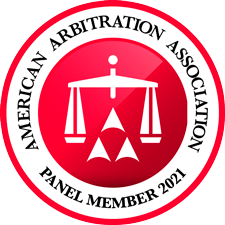