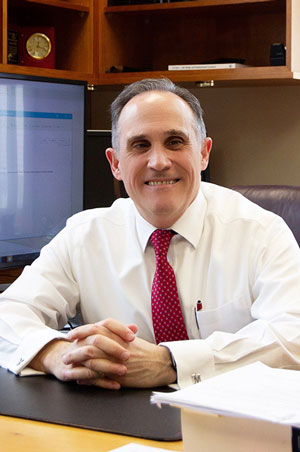 Steve was born in New York City. Before entering private practice in 1990, he worked as a Judicial Law Clerk for the New York Supreme Court, Appellate Division, Fourth Department (1986-1988) and as an attorney for the United States Federal Trade Commission in Washington, DC (1988-1990). He founded Modica Law Firm on November 1, 1995.

He also serves in an impartial capacity (arbitrator, mediator, hearing officer, referee, special master, and guardian ad litem) in many legal matters. Click here for a list of Steve’s work as a neutral.

Steve and the firm have won multiple awards for their legal and community work. Steve is AV Preeminent rated by Martindale Hubbell, which indicates that his work and ethics are of the highest quality as determined from peer review of judges and lawyers. He is a “Top Rated” Labor & Employment Lawyer (Fortune Magazine), a “Super” Lawyer in Workers’ Compensation and a “Best Lawyer in America” in Employment Law–Individuals. He was also recognized as the Lawyer of the Year in Rochester, New York for 2019 in Employment Law–Individuals.

Steve earned Client Champion and Client Distinction Awards from Martindale Hubbell. The latter is for outstanding communication ability, responsiveness, quality of service, and “value for the money.” Click here for more information about awards Steve has received.

Steve lives in Greece with his wife Lorrie and their dog. Their only daughter, Anne, joined the firm in 2020. Steve enjoys golfing and rooting for the New York Mets and New York Rangers. In 2015, he was the co-executive producer of a short film, Dedicated to Justice: Hon. Michael A. Telesca.