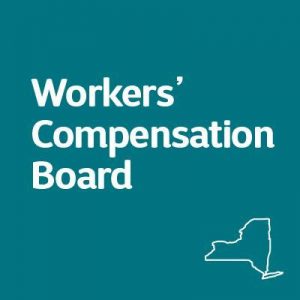 As part of the budget legislation approved in April of 2017, the New York State Workers’ Compensation Board [“Board”] was directed to consult with various stakeholders and develop revised Guidelines for those work injuries resolved by a Schedule Loss of Use [“SLU”] award. As a result, new SLU Guidelines went into effect on January 1, 2018.

What Are SLUs and What Do They Mean to Me?

Once MMI is reached, the Board considers whether you have a permanent injury and, if so, the severity of that injury. Most permanent injuries to an extremity (e.g., arm or leg)—and to a few other select body parts (e.g., loss of an eye)—are resolved by a SLU award. An SLU award is paid tax free to compensate you for the loss of use of the affected body part.

A SLU AWARD IS NOT A FINAL SETTLEMENT OF YOUR WORKERS’ COMPENSATION CASE. A SLU AWARD DOES NOT COMPENSATE YOU FOR PAIN & SUFFERING FROM YOUR WORK INJURY.

Until recently, SLU determinations were governed by Guidelines that first were adopted in 1996. That changed on January 1, 2018.

What Changes Can I Expect?

SLU awards were not abolished. Regardless of the date you are injured, if you are deemed to have suffered a permanent injury to an extremity after January 1, 2018, you are entitled to a SLU award. The three factors cited above still apply, however, the primary change is how the third factor—the severity of the injury to your extremity, expressed as a percentage of the loss of use–is determined.

The previous and 2018 SLU Guidelines each identify how a treating doctor should assess and determine the severity of the injury to your extremity. Most commonly, treating doctors test the range of motion of your affected body part and consider special factors (e.g., surgery). There are different Guidelines for each injury site (shoulder, knee, wrist, etc.).

The 2018 Guidelines have changed how your doctor determines the severity of the injury to your extremity. In some cases, this means that two injured workers with the exact same permanent injury may receive different SLU awards depending on when it was determined that they had a permanent injury.

For example, the previous Guidelines suggested a 50-55% SLU for most work injuries that resulted in a total knee replacement (“TKR”). In contrast, the 2018 Guidelines require a more involved assessment with a 35% SLU award after a TKR that increases only depending on the outcome of your surgery (e.g., the worse your outcome from surgery, the higher the SLU).

The exact changes differ depending on the injury site. Thus, what you receive as a SLU award may vary from what your co-worker receives.

What Do the New SLU Guidelines Mean to Me?

If any doctor determined that you were eligible for a SLU award before January 1, 2018, the 2018 Guidelines do not apply. Per Subject Number 046-1011, your SLU award will be determined using the previous Guidelines.

The 2018 Guidelines apply to all other injured workers who may be eligible for a SLU award. These Guidelines largely are untested. You may waive your rights if you fail to pursue a proper SLU award evaluation in a timely fashion. It is important that you consult with experienced professionals to ensure that you are receiving the maximum SLU award given all the medical and other evidence.

Medical care NOT affected by the change in the SLU Guidelines. Those injured workers who receive a SLU award remain entitled to medical treatment for their work injuries under the relevant WC Medical Treatment Guidelines.